I’ve always wanted a ghost. Not a big terrifying apparition like in the movie Poltergeist. More like a congenial companion spirit who would float about giving the house a year-round Halloween feel and raising my boys’ neck hairs from time to time to show that science can’t explain everything.

On my night stand I’ve amassed a nice collection of books about Chesapeake ghosts, which I often consult before trips to crab decks. Sometimes, I convince my husband to deviate from our planned route so I can catch a haunting. Unfortunately, I’ve come up empty-handed every time.

It’s bright and sunny for today’s visit to the Dockside Restaurant in Colonial Beach, VA, so my expectations for a paranormal treat are low. 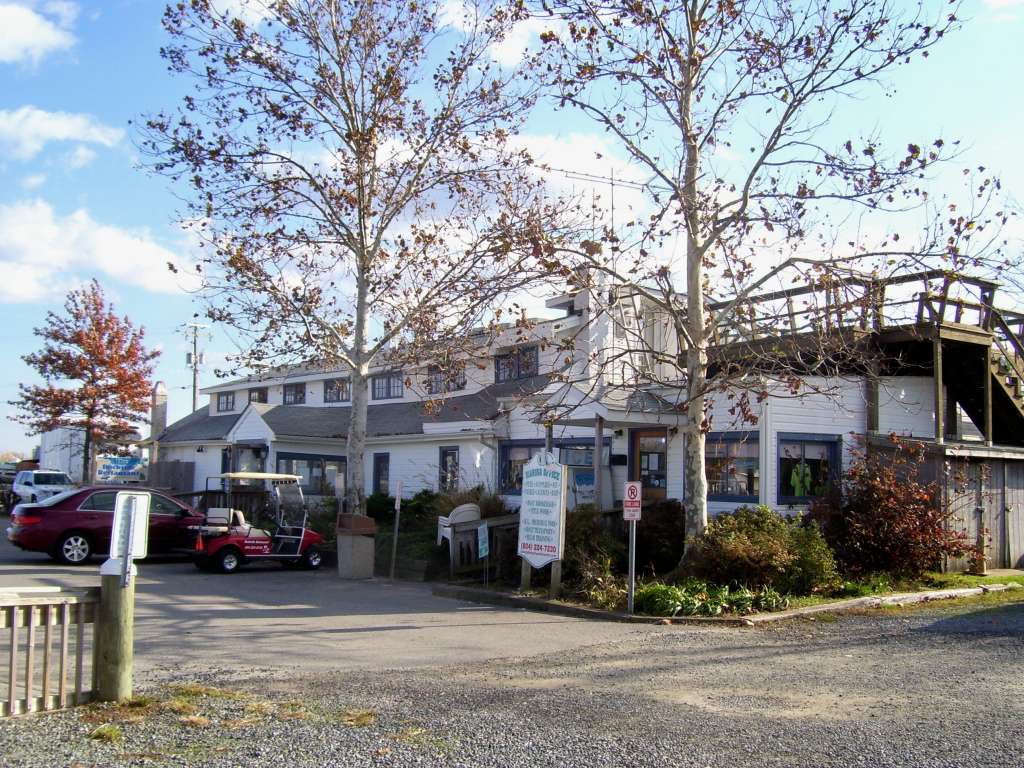 The location is splendid – a lovely strip of land that separates Monroe Bay from the Potomac River. After admiring the well-kept marina, we step inside the restaurant. It was built in 1932 as an oyster-shucking plant, but they bumped out the back to add a tiki bar, wooden deck, and beach area with tropical-colored chairs and palm trees.

I leave Bill at the bar and stroll around snapping photos of rooms decorated with an eclectic array of vintage nautical items. An odd thumping sound from around the corner catches my attention. I don’t see anyone else around, so I head back to the lounge.

When I mention the noise in the back, the bartender says, “That’s probably our ghost. He bumps around, knocking things off shelves or rearranging stuff to let us know he’s here.”

I ask if I can take him home with me, but the bartender declines, “I’m sorry, but no. He needs to stay here with the others.” What? Others? Not fair! She’s got multiple spirits, and I have none. Tell me more.

The bartender leans forward, raises her eyebrows and spins a delightfully morbid tale. “Back in 1985, a major storm blew threw Colonial Beach causing serious flooding. After the skies cleared, beach combers noticed several pair of skeleton feet sticking out of the sand right outside where you’re now sitting. Authorities were called in to assess the situation and found all kinds of human bones from different bodies scattered around the beach. Forensic results dated the bones back to the 1800s.”

She refills our glasses and continues, “The mystery remains unsolved, and we never learned the names of those unfortunate souls. But the locals have a theory – those men were shanghaied.” I gasp and take a sip of my Chardonnay. 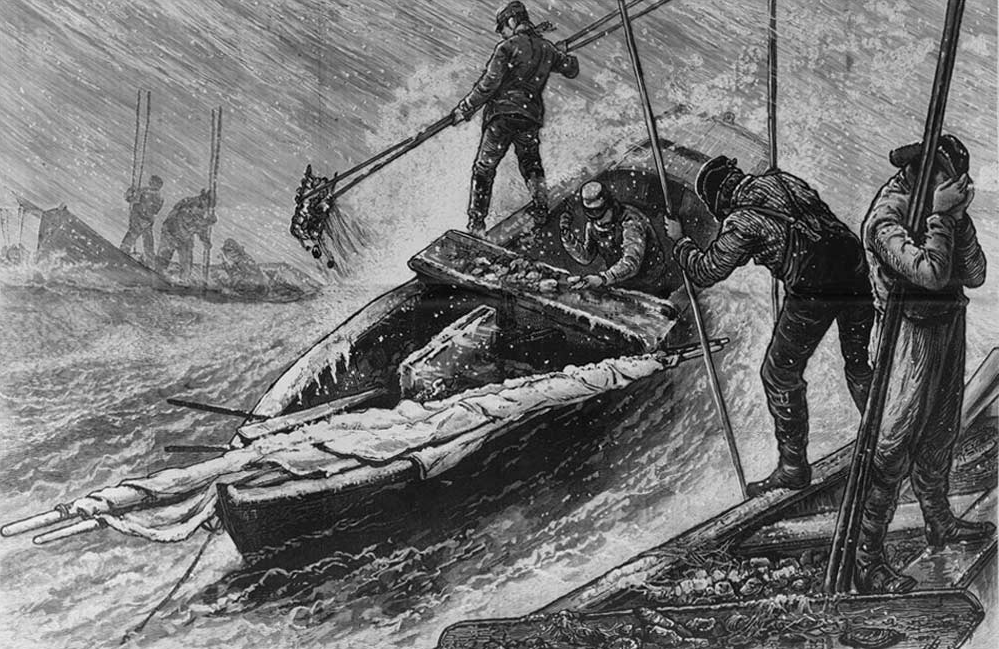 “You see, this region is famous for some of the richest oyster beds in the mid-Atlantic. During the oyster boom of the 19th Century, captains had a hard time recruiting crewmen to work on the skipjacks in the cold winter months when oysters are harvested. So, local watermen would troll the bars in Baltimore, Alexandria, and other ports, looking for immigrants or other hearty men to bring aboard. If these recruits didn’t come along willingly, unscrupulous captains would often ply them with alcohol until they passed out and then drag them onto the ships. That’s what we call “shanghaied.”

“As if that wasn’t bad enough, some captains couldn’t afford to pay the crew when the season was over. So, they’d whack their workers in the head or toss them overboard, leaving them to die a watery death. We believe the skeletal remains that washed up on our beach belong to a crew of ill-fated oystermen — and our house ghost is one of them.”

In a room with a 19th Century restless spirit, I am overjoyed. Thrilled beyond measure. But when I glance over at Bill, he’s rolling his eyes and shaking his doubting head. I can not take this ghost home with me, but I promise I’ll come back to visit him the next time we’re in town.

Do you have a favorite crab deck or tiki bar that you want us to check out? Email us at susan@crabdecksandtikibars.com.